The growing sinkhole made its first appearance back in 2003 as a small crater but has since evolved into a 50 foot landmark that continues to attract visitors and photographers in their hundreds. 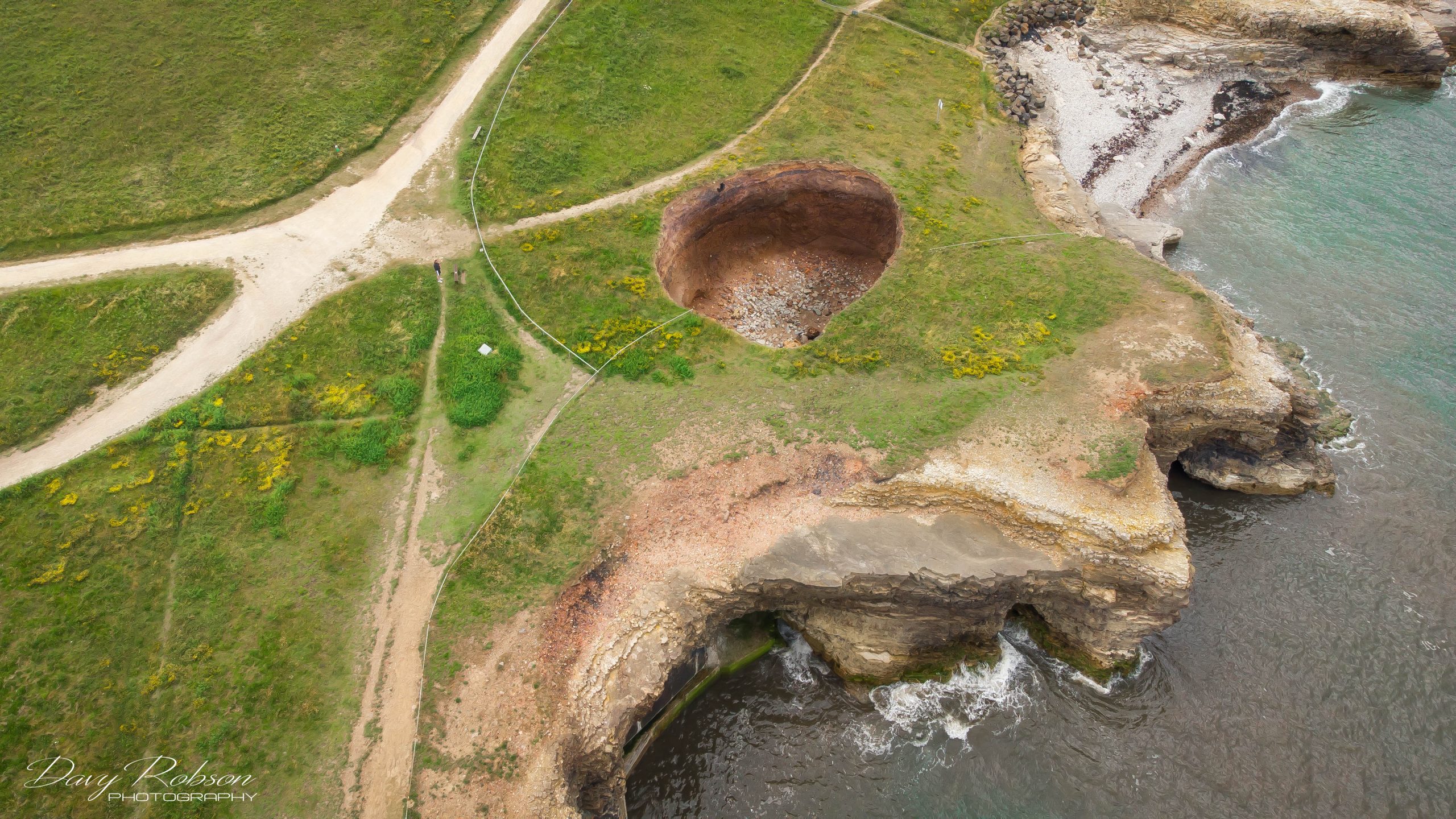 The ‘blowhole’ is most likely to have been formed via sea water consistently thrashing the limestone cliffs which are now being eroded at an alarming pace.

So much so, the National Trust has added small danger signage to its existing ‘2 foot high fence’, urging onlookers to be extremely careful when peering into the abyss below. 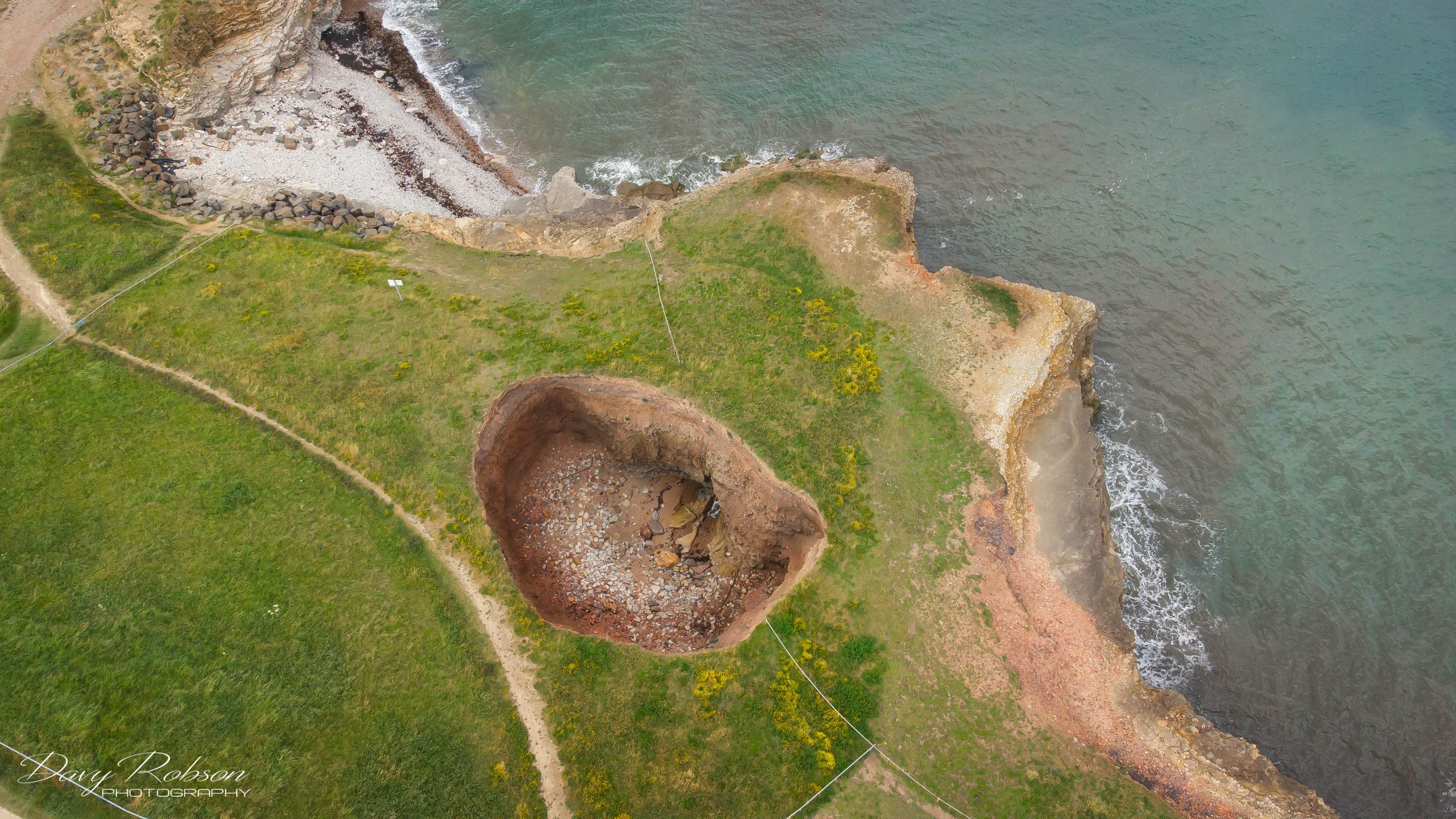 A National Trust spokesperson said:
“We want all of our visitors to have an enjoyable, relaxed and safe visit to Whitburn Coastal Park.

“By its nature the coastline is constantly changing, with some areas particularly prone to erosion and landslips.

“This sink hole first appeared around 2003 and is regularly surveyed.

“We have put up fencing and warning signs around this sink hole, which is away from the main path running along the cliff tops of The Leas and Whitburn Coastal Park, known locally as The Wherry.” 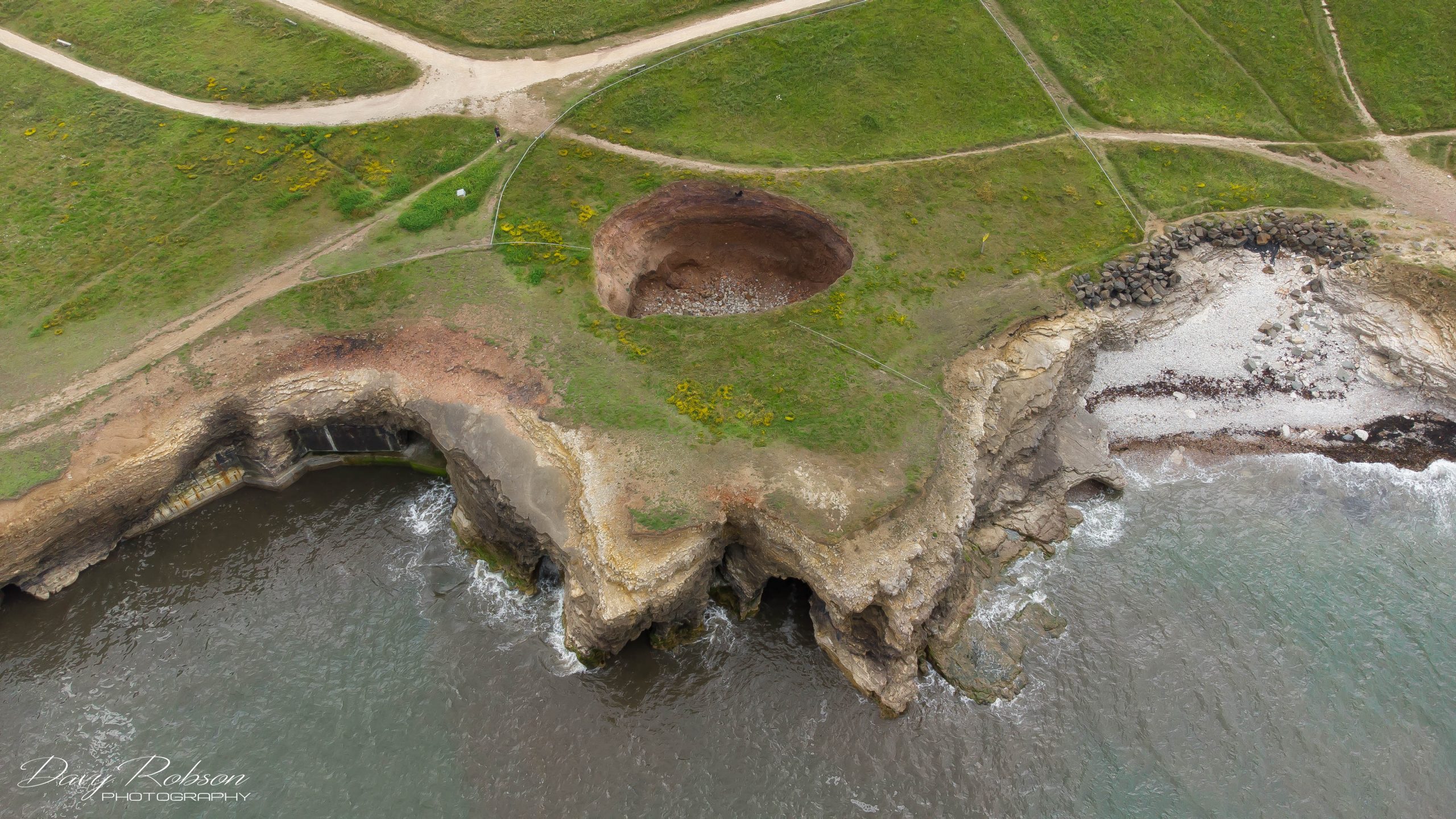 The Whitburn sinkhole is without doubt worth a visit but also has its danger with a sheer drop and an eroding outer edge that could potentially give way at any given time, so take particular care when clicking those shutters! 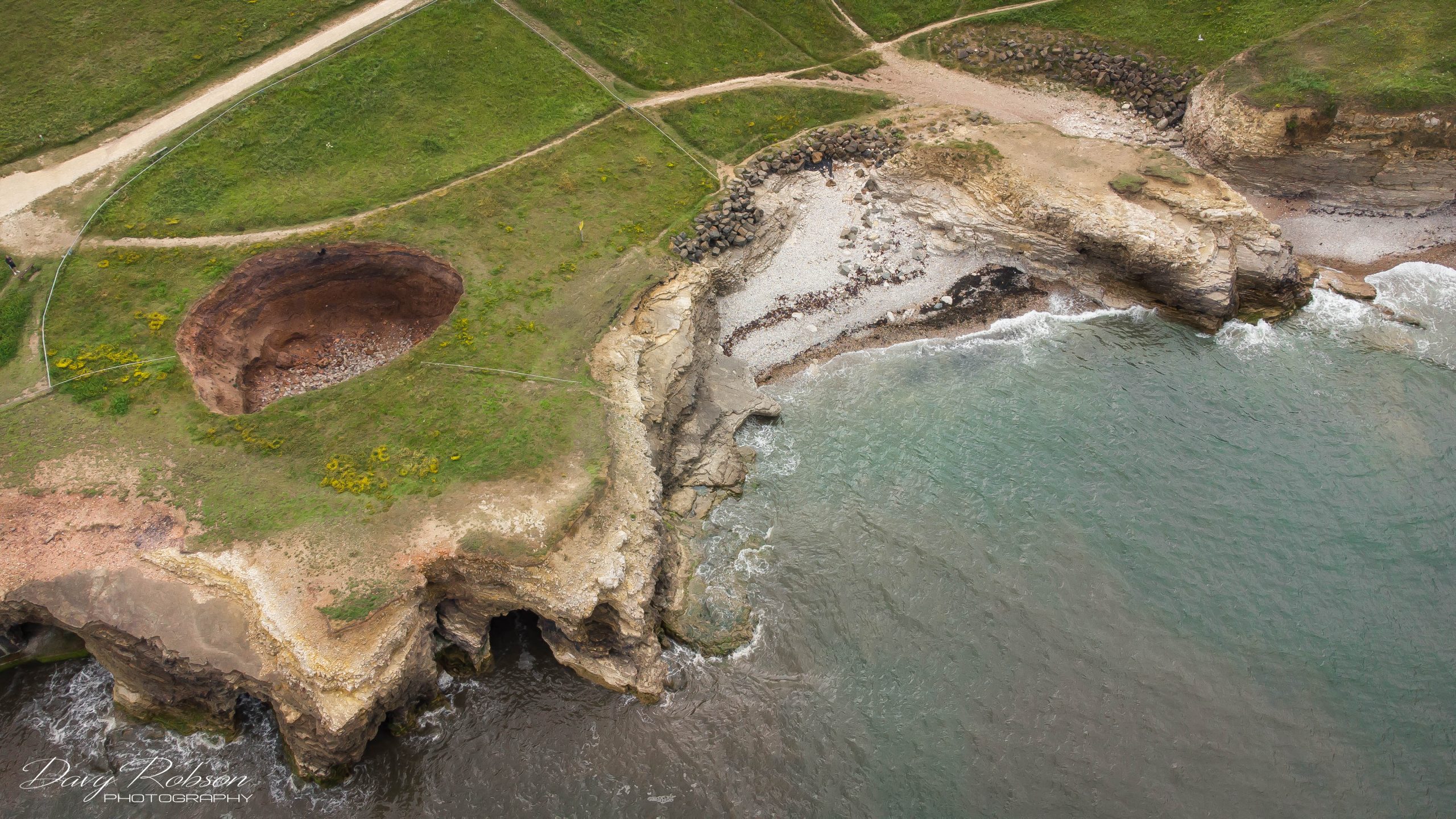