The Northern Spire shot from various angles by drone…

The Northern Spire is a two span cable-stayed bridge with an A-frame pylon rising to 105m (344ft) that spans the River Wear between Castletown on the north towards Pallion on the south bank and has two lanes of traffic running in each direction, plus shared cycleways and footpaths along its entire length. 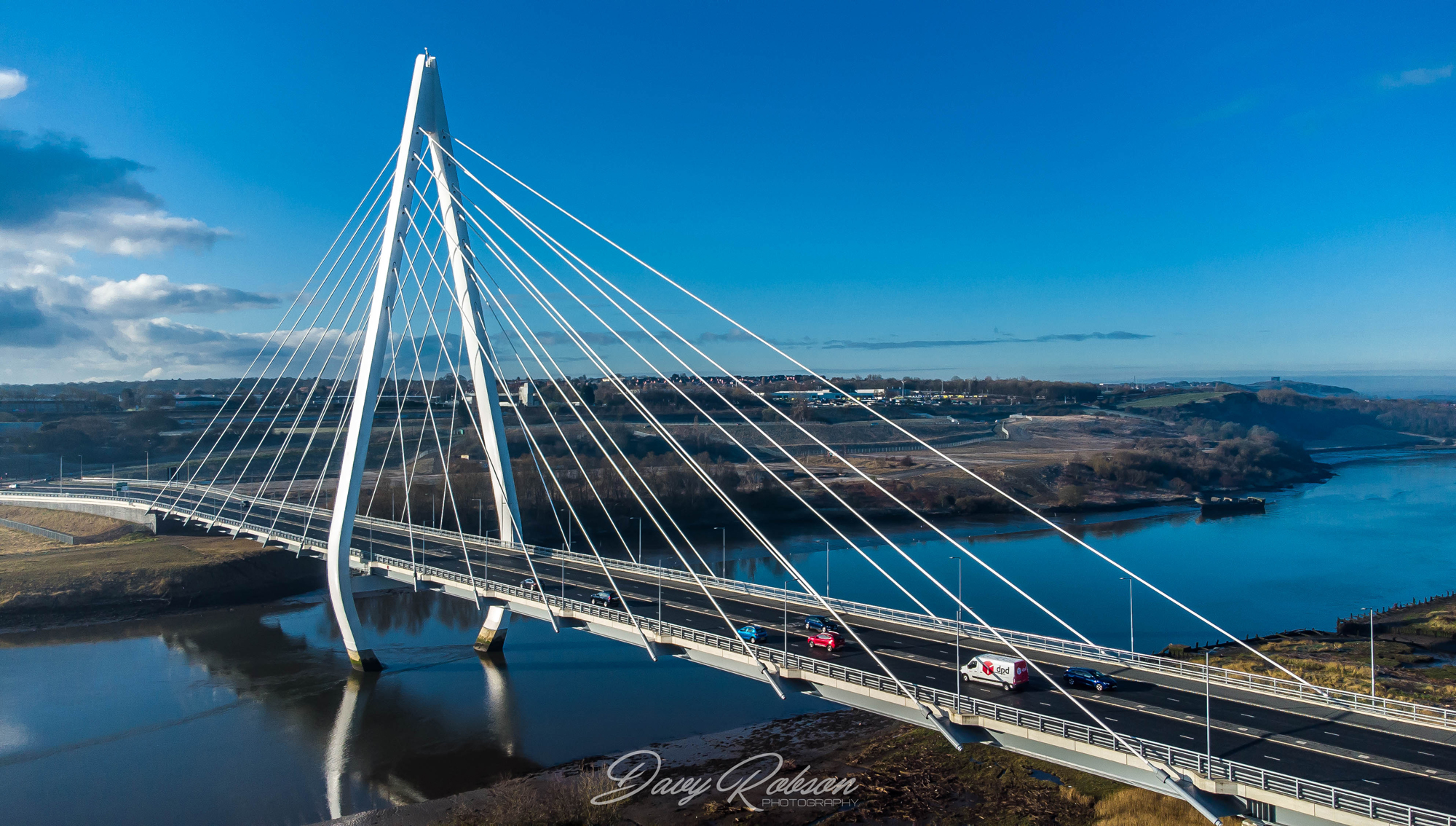 The impressive Spire crossing opened on 29 August 2018, is twice as high as Gateshead’s Millennium Bridge and, believe it or not, is taller than Big Ben’s clock tower. 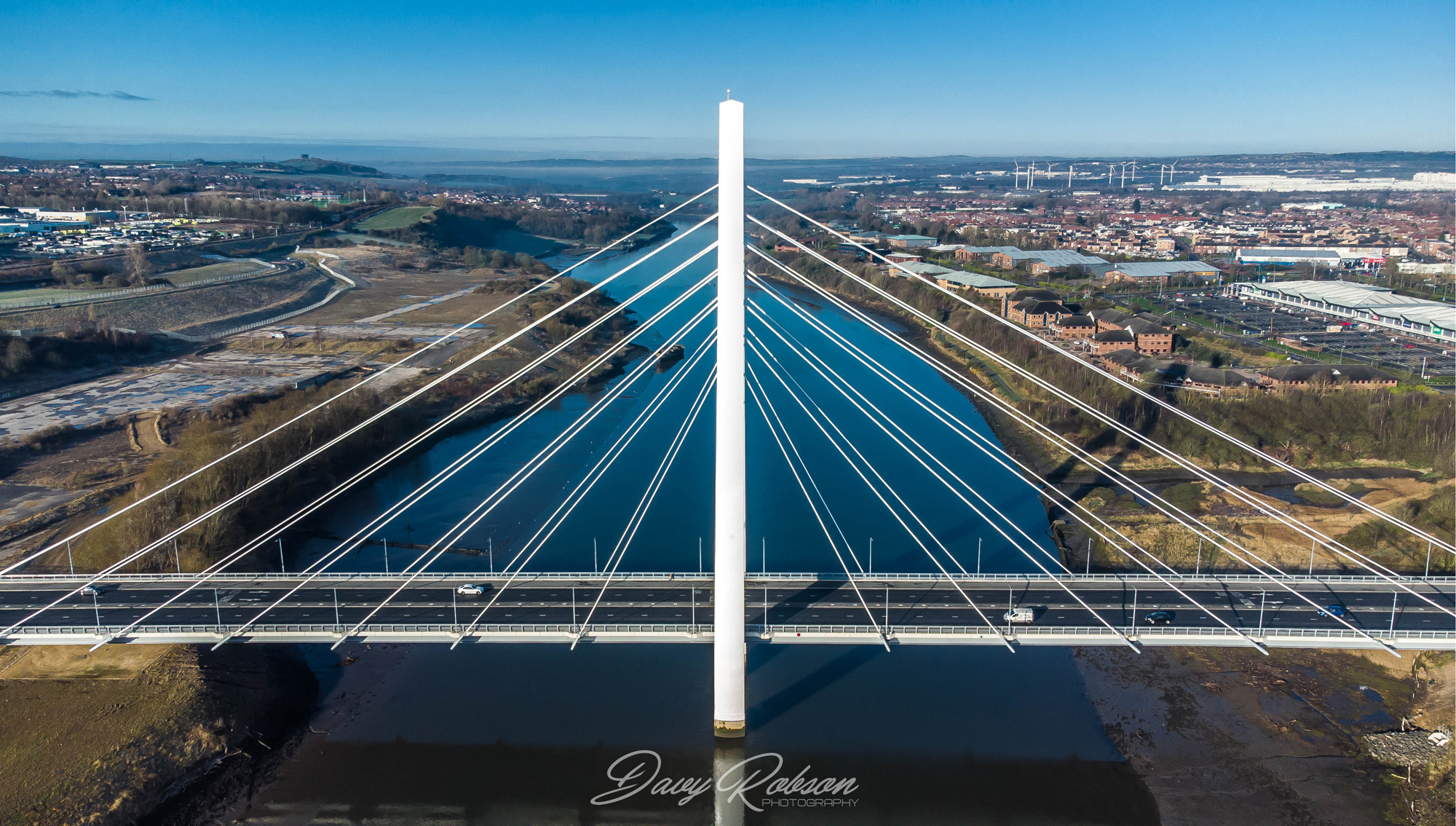 Northern Spire crosses the river from the A1231 Wessington Way where Timber Beach Road joins Hylton Park Road near Sainsbury’s in Castletown on the north bank to join with the B1405 European Way/Pallion New Road in Pallion on the south bank.

At its midpoint, it is around one kilometre to the west of the Queen Alexandra Bridge. 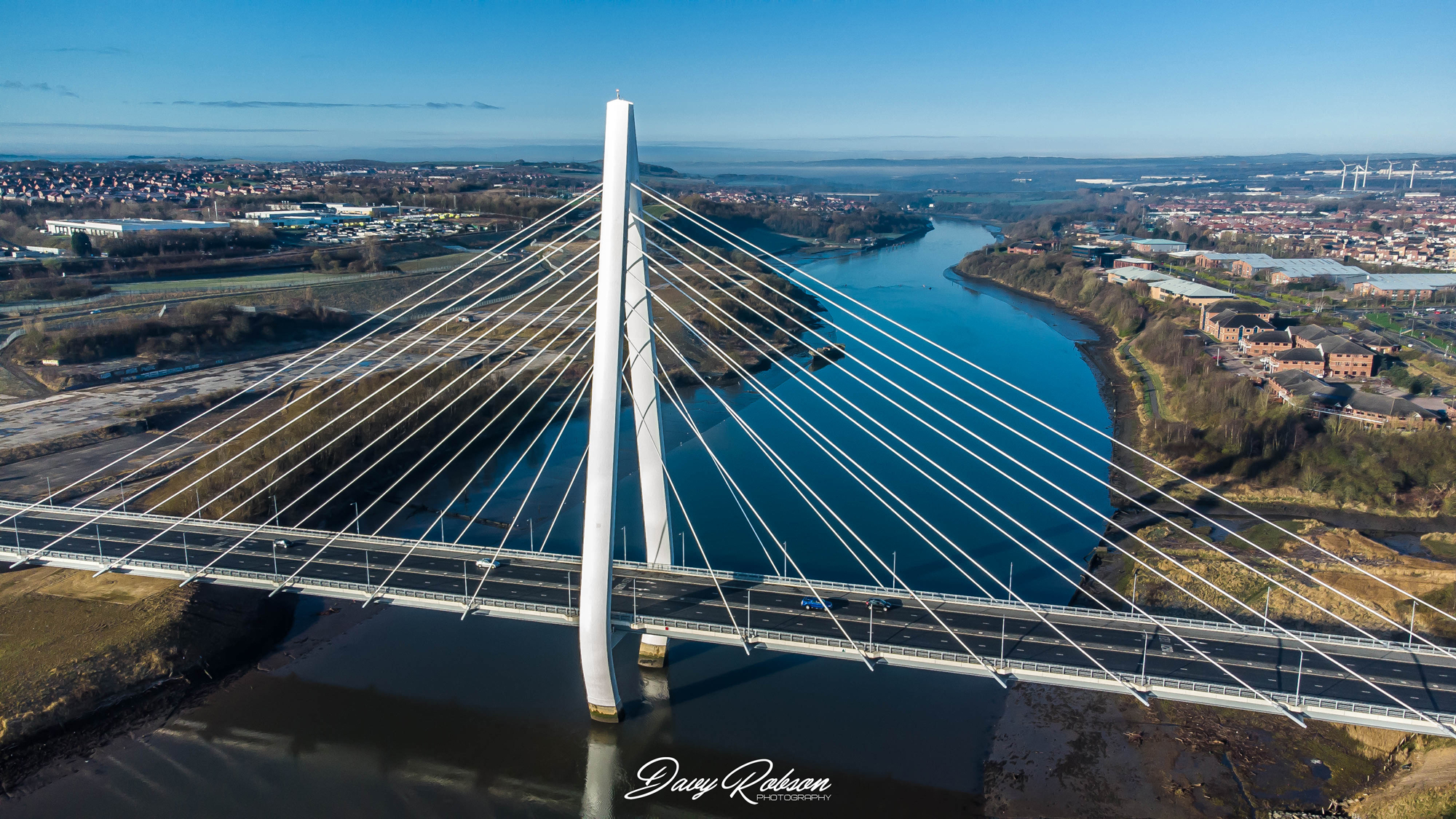