Stockton on Tees’s Infinity Bridge is the most recent addition to the River Tees and links the North Shore development with the University of Durham’s Queen’s Campus and Teesdale Business Park. 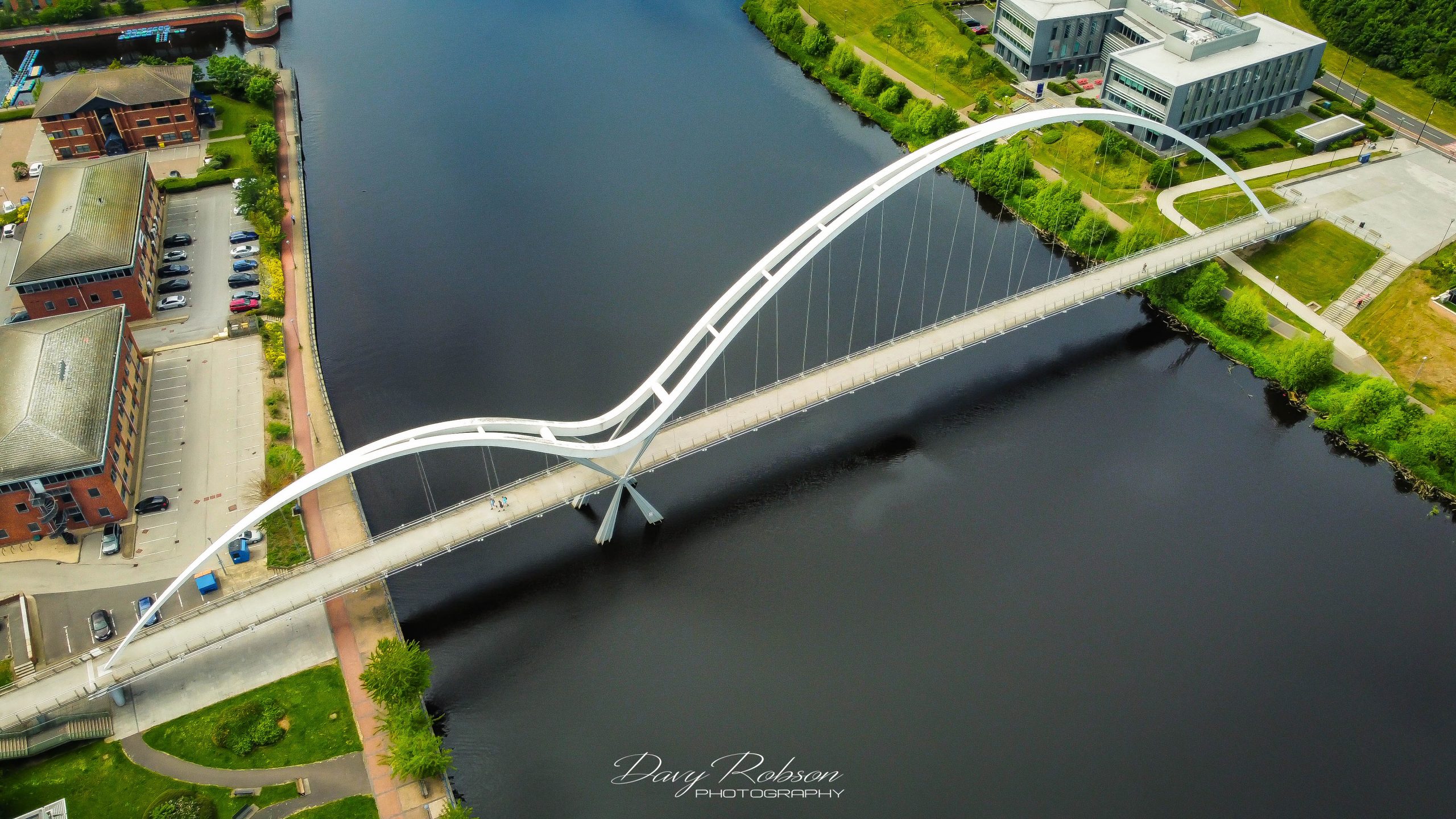 Officially opened on 14 May 2009 and opened to the public two days later, the impressive pedestrian and cycle crossing links the North Shore devlopment with the University of Durham’s Queen’s Campus. 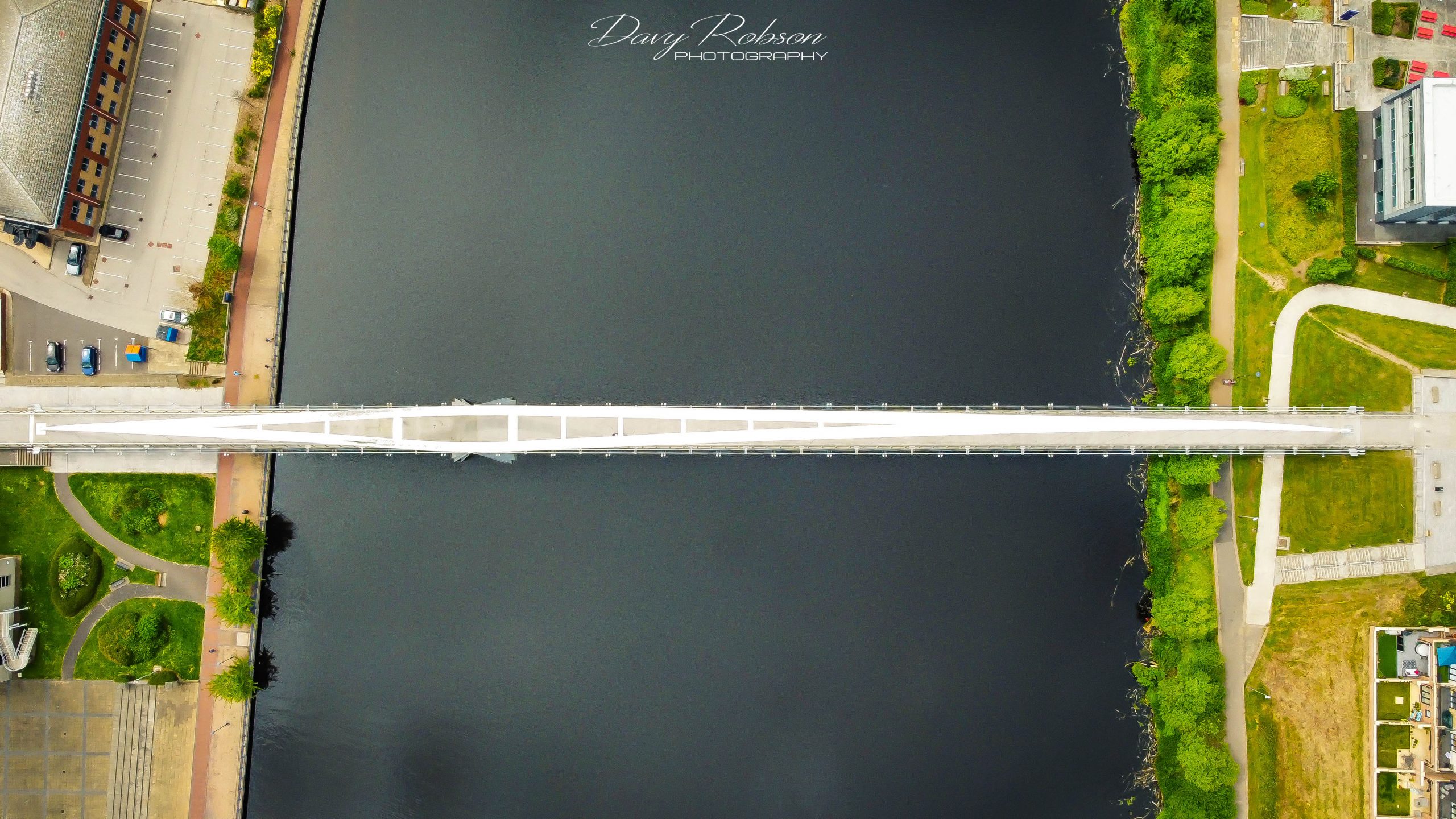 The bridge which has two asymmetrical arches and creates a reflection in the river forming the mathematical infinity symbol, hence its name, the Infinity Bridge. 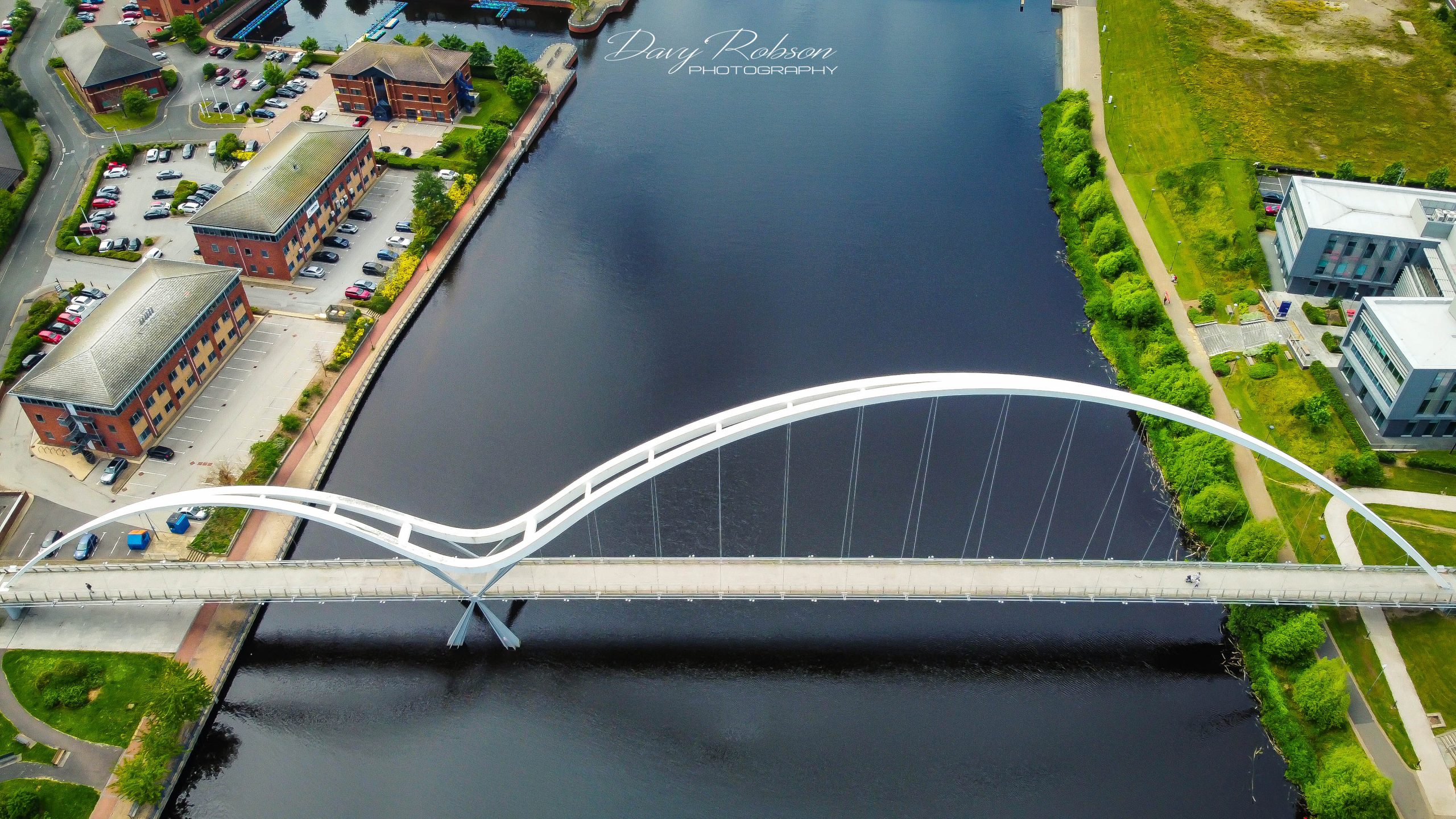 The bridge cost around £15 million and won the Institution of Structural Engineers’ Supreme Award for Structural Excellence 2009, the premier structural engineering award in the UK. 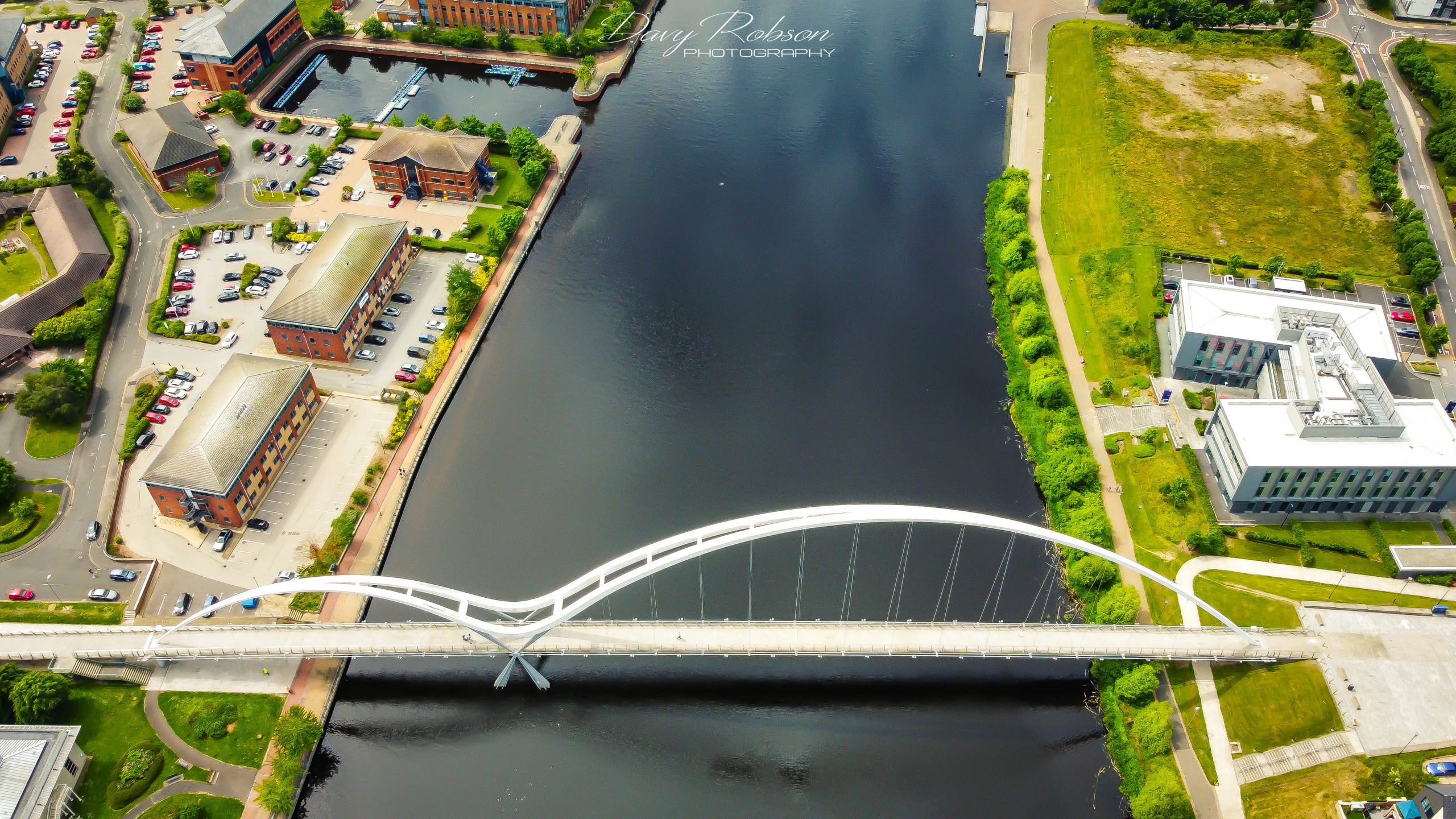