Officially the Earl of Durham’s Monument, Penshaw’s Acropolis was built between 1844 and 1845 to commemorate John Lambton, 1st Earl of Durham (1792–1840), Governor-General of British North America and author of the Durham Report on the future governance of the American territories. 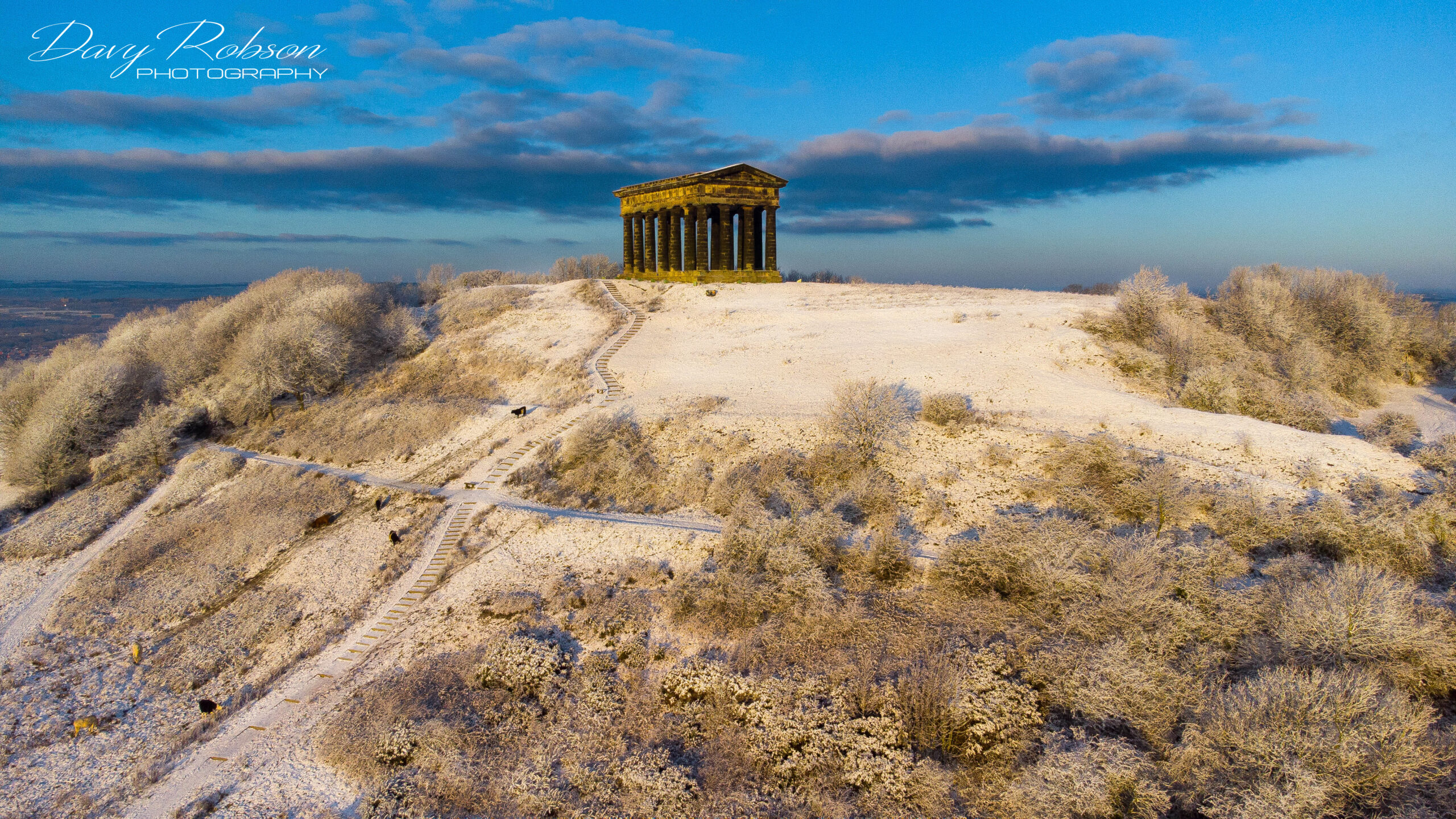 While some critics wax lyrical, others say the structure is poorly constructed. Costing an eye-watering £6000 which was raised entirely by subscription, Penshaw Monument was designed by John and Benjamin Green and built by Thomas Pratt of Bishopwearmouth. 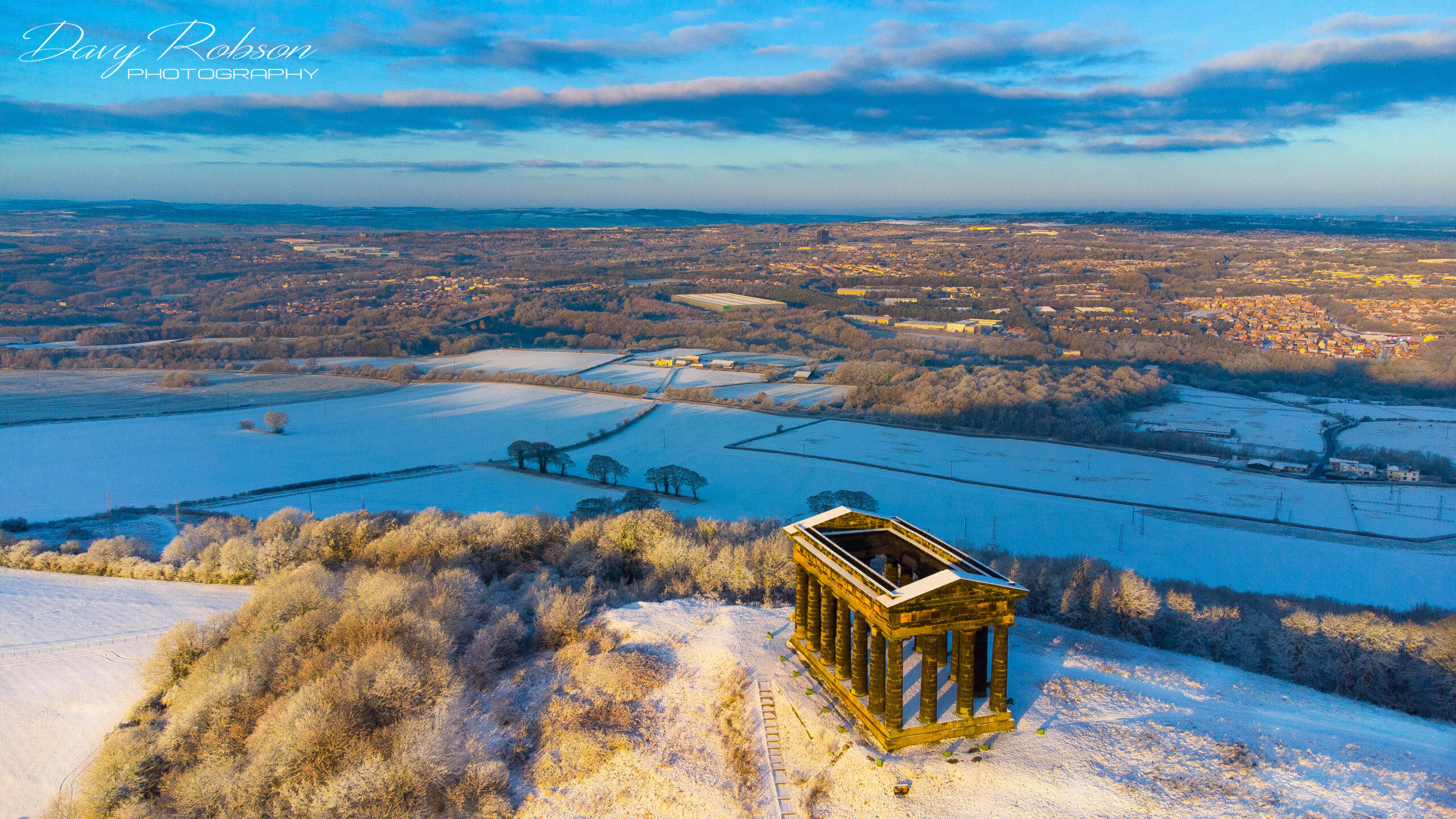 Drawing it’s inspiration directly from Based the Temple of Hephaestus in Athens, it is a tetrastyle temple of the Doric order, with eighteen columns—seven along its longer sides and four along its shorter ones—and no roof or cella (inner chamber). 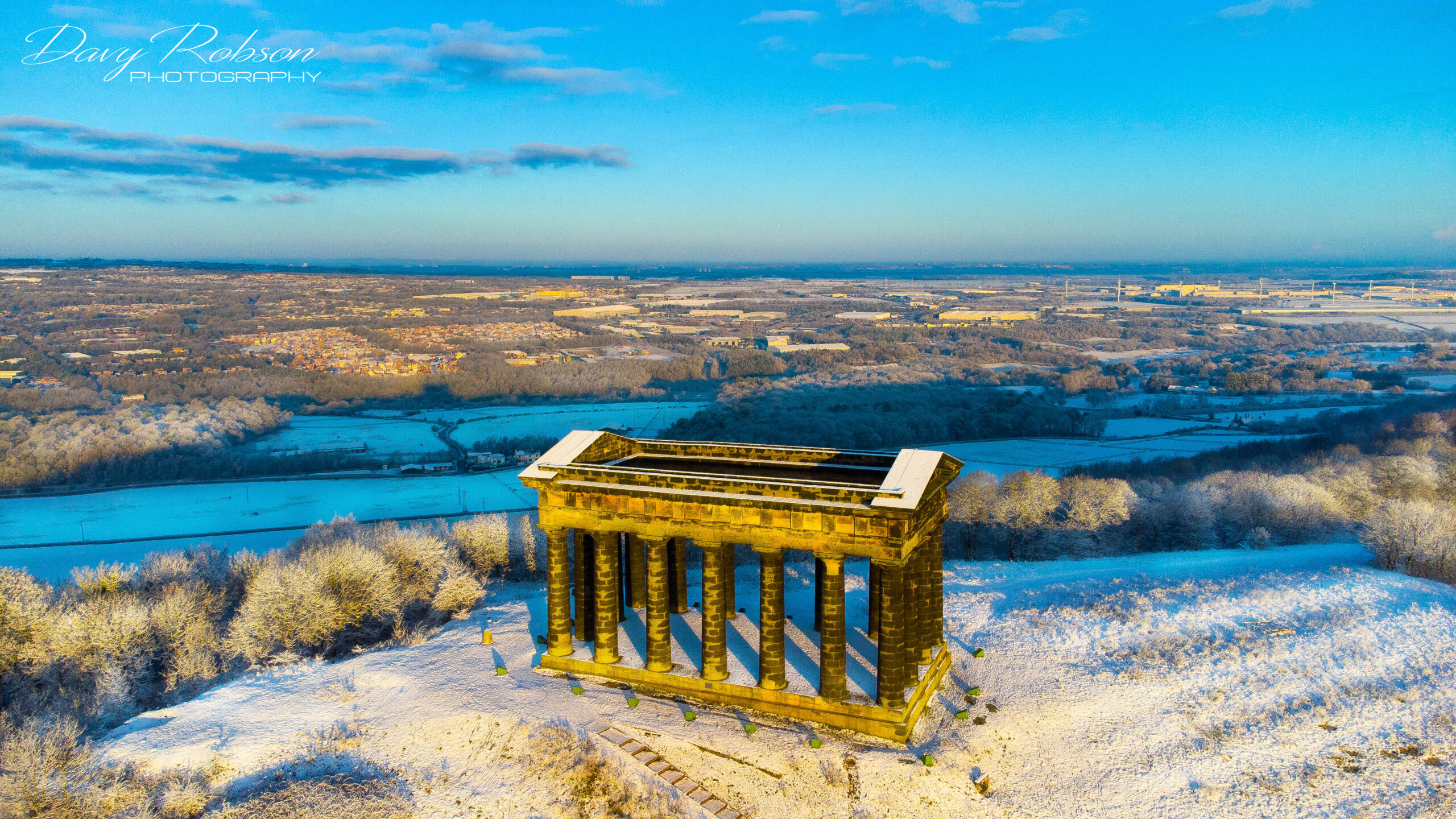 One column contains a spiral staircase leading to a parapeted walkway along the entablature. This staircase was closed to the public in 1926 after a 15-year-old boy fell to his death from the top of the monument. 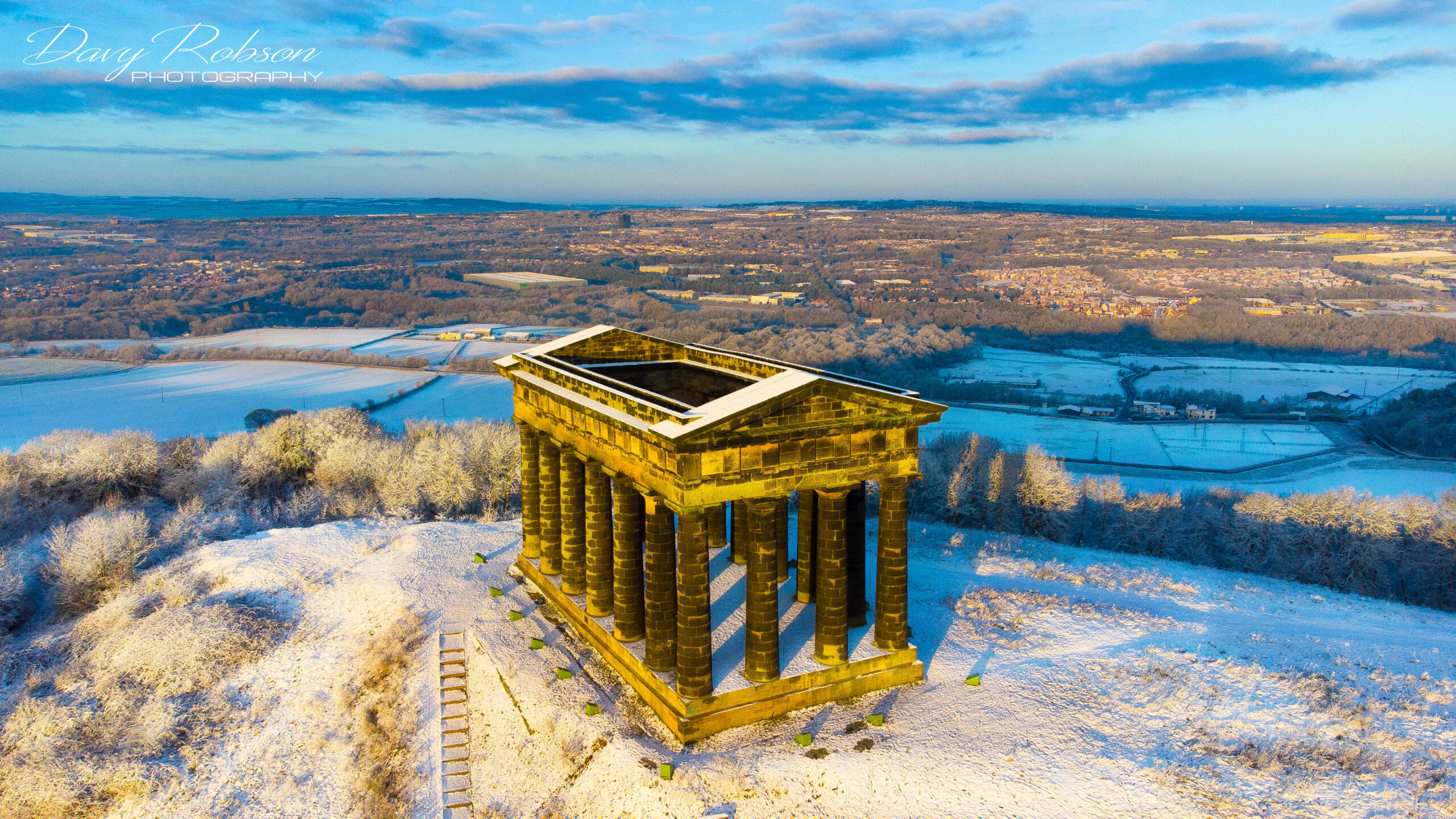 The structure fell into disrepair in the 1930s and was fenced off, then repaired in 1939. It has since undergone further restoration, including extensive work in 1979 during which its western side was dismantled.

Floodlit at night since 1988, it is often illuminated in different colours to mark special occasions. The National Trust began to offer supervised tours of the walkway in 2011.

The impressive monument has been under the National Trust since 1939 and is a Grade I listed structure.

All prints will be available for sale soon…