Monkwearmouth Bridge is the final crossing before the mouth of the North Sea and makes a glorious backdrop alongside its sister Railway Bridge looking down the River Wear. 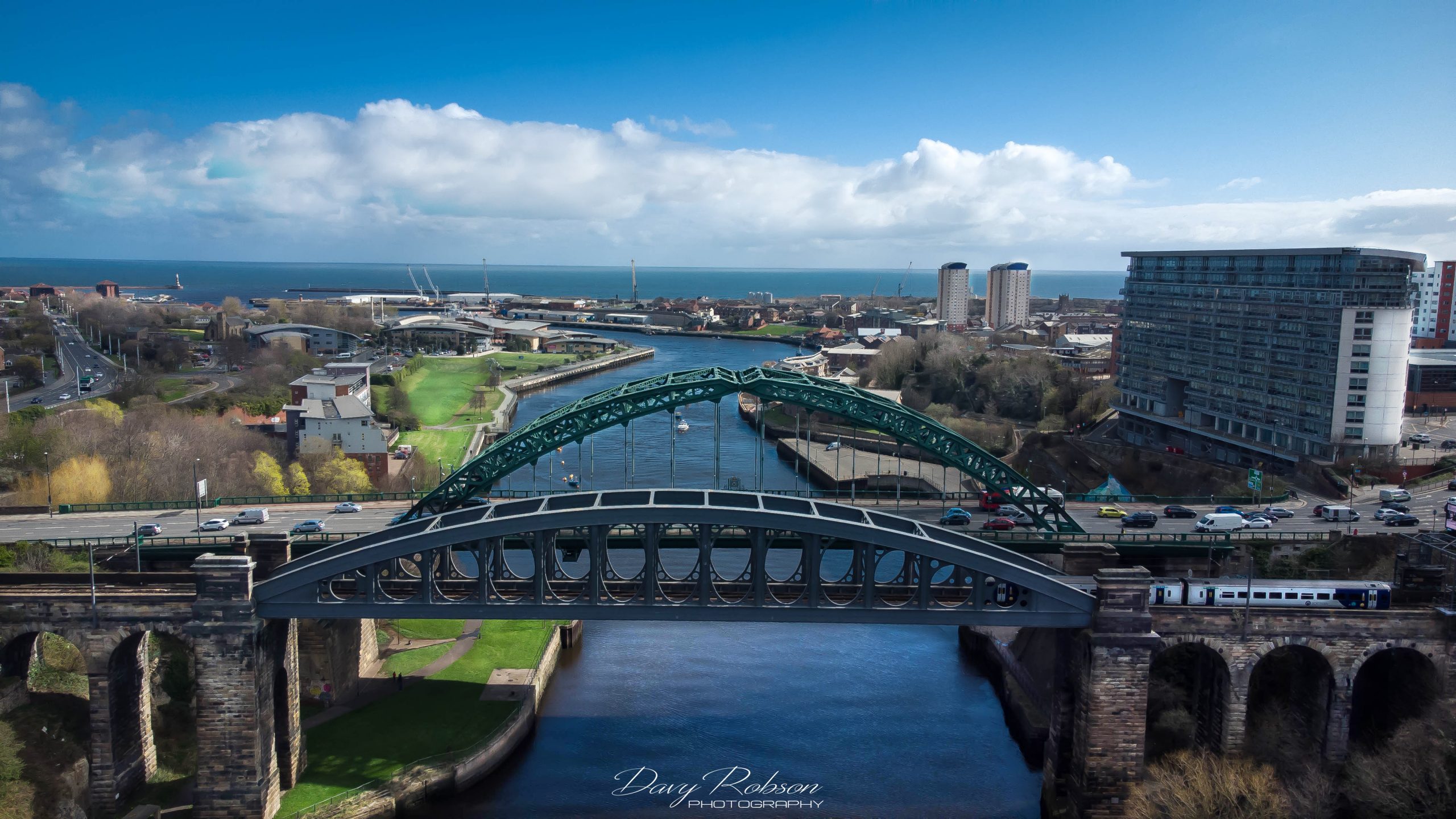 It was built accommodate increasing volumes of traffic, with construction beginning in 1927. Designed by Mott, Hay and Anderson and fabricated by the famous bridge building firm of Sir William Arrol & Co. The imperious ‘Monkey Bridge’ began life in Glasgow and eventually made its way south to the now City of Sunderland. 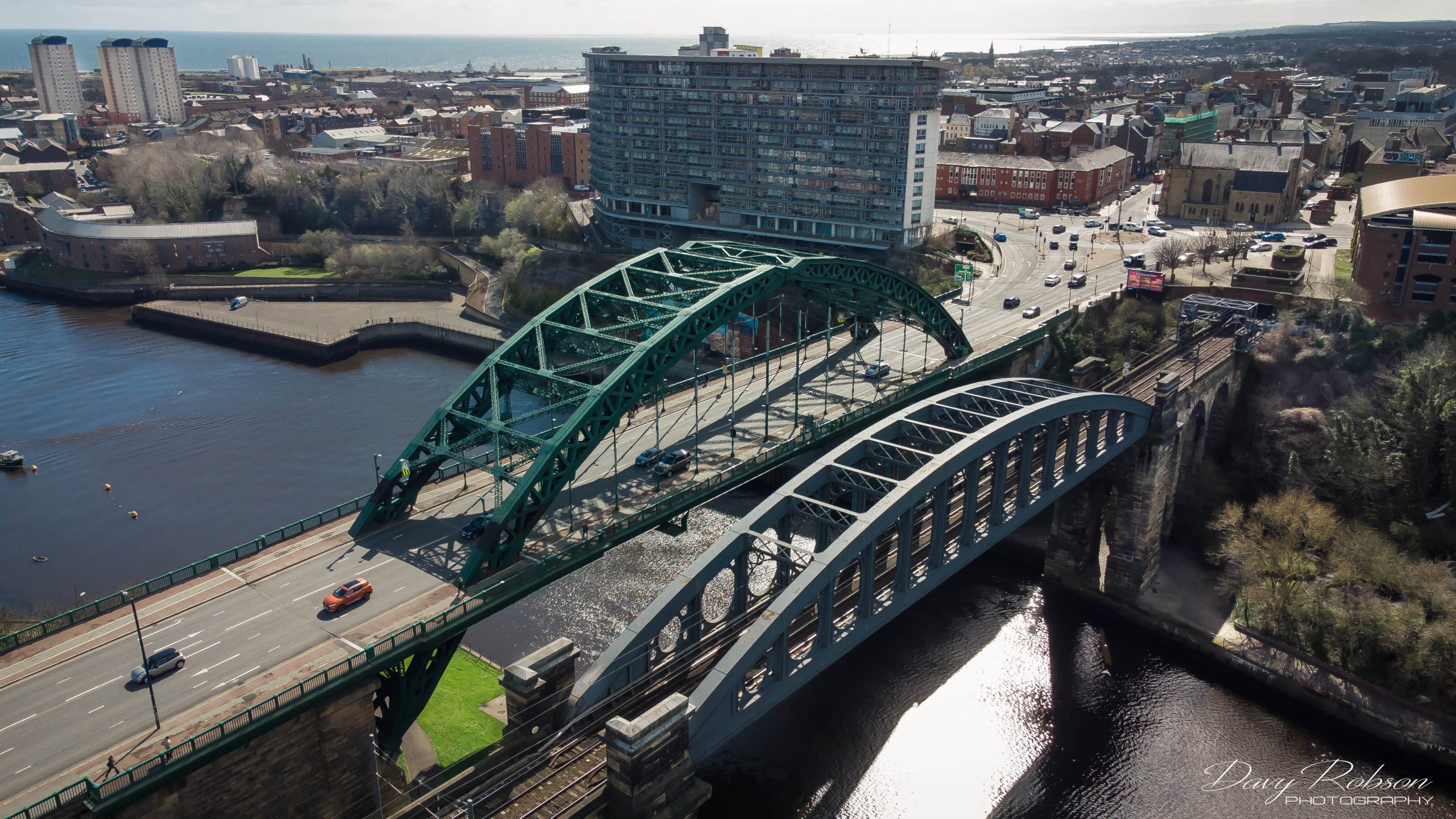 The cost of the bridge was a whopping £231,943 of which £12,000 was apparently spent on dismantling it’s predecessor.